Over Christmas, I knocked together a couple of power monitors.  The first check I wanted to make was our fridge energy consumption.

I hooked the power monitor up to our Fisher & Paykel family fridge/freezer, being one of the busier appliances in the house.

So how much do you think it costs to run a household fridge?

Our family fridge/freezer is an NZ made Fisher & Paykel (model no. E372BLE) purchased back in 2010.

It only has an Energy Star rating of 2*, despite being pretty new.

I tucked the power monitor in behind the fridge and left it collecting data for a week.  The week happened to be the hottest week of the year, so I imagine the fridge was working hard keeping the kid’s iceblocks chilly! 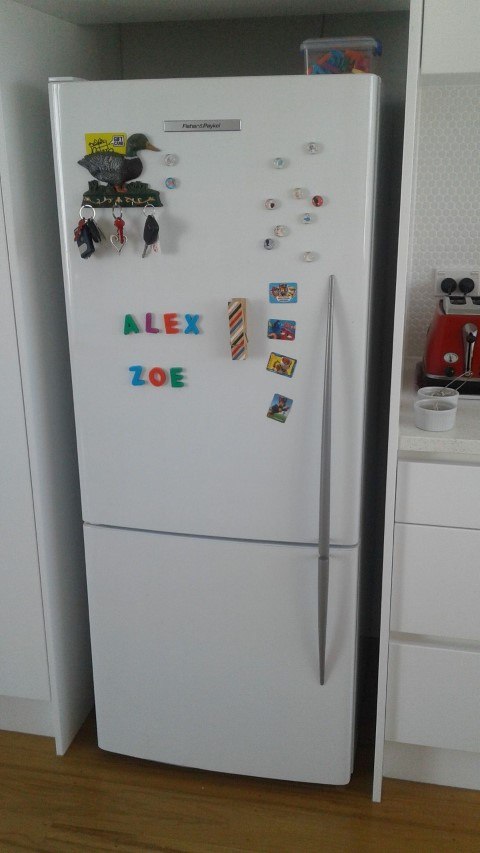 When it was working hard, power usage was just under 300W. 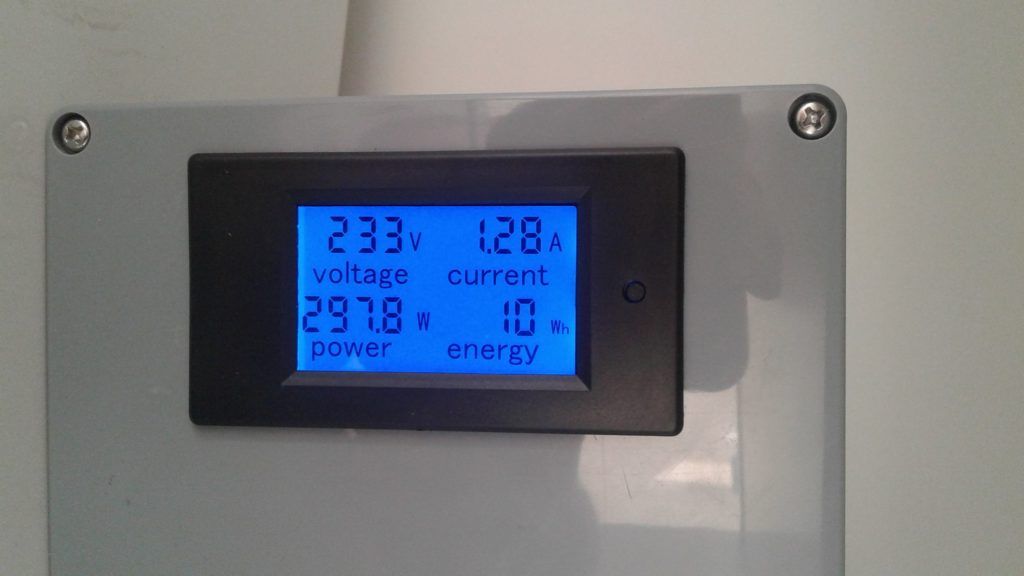 After a week the fridge had used 10,870 Wh of power which equates to around 567 kWh (units of power) per annum and in dollar terms:

I am actually pretty happy with $15 a month.  It doesn’t seem over the top to me, given that most power is consumed for lighting, heating or cooling.

Our fridge is relatively new having only been manufactured in 2010.  It runs well and is a good size for our family of four.

The options I use to assess whether the running costs of an appliance can be lowered are (a) modify our behavior (b) modify the appliance, and (c) replace the appliance.

The kitchen and fridge are at the centre of our busy household.  I am not crazy enough to start policing fridge usage, so realistically there is not much behavioural change that could be applied to lower our power bill.

The major modification that might be possible to lower energy usage would be to move the fridge out of its current position in our fitted kitchen, therefore allowing better air flow and more efficient cooling.

Hypothetically, if we wanted to replace our fridge with a new one, the new equivalent would be the Fisher & Paykel E372BRE4 which can be picked up new for $1148 inc. GST.

(Update:  I went to get a screenshot…  and the sale had finished. What a crazy world of extreme (artificial?) discounting we live in). 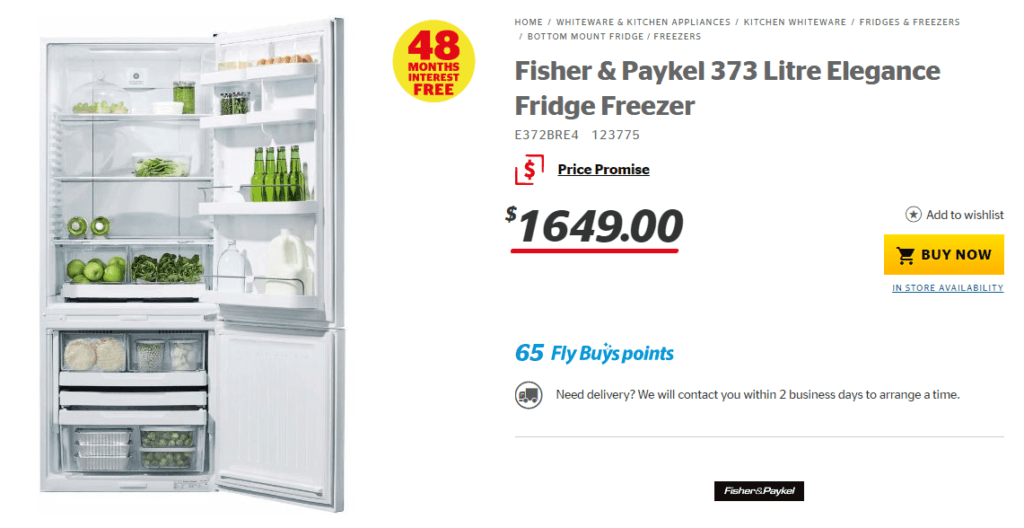 This new fridge would have an energy star rating of 2.5* and reportedly uses 455 kWh per annum.  This is about 20% less than what I measured above, which would be a good reduction.

While our fridge might not be quite as efficient as a newer model, with a 30 year payback period I think we’ll stick with it for now!

Side note : –  The testing was during a very hot and humid summer week with peak daily temperatures between 26 – 32 ºC.  I think I might re-test during the winter and see if there is a noticeable difference.